A helical gear is a gear that consists of two oppositely oriented gears. These gears are designed to transfer axial forces toward the center of the gear. In a stable arrangement, the total axial force acting on both gears is zero. A helical gear can be made from a variety of materials. For example, a helical gear may be made of steel, which is durable and resistant to abrasion. Its shape can also be modified by adding a thrust bearing.

Helical gears are a popular choice for heavy-duty machines and construction operations, thanks to their high torque transfer and well-designed gear teeth. Moreover, they are durable and flexible. In addition, they can be connected in either a parallel or perpendicular set-up. Their versatility allows manufacturers to tailor their machinery for specific needs.

A helical gear may be made from carbon steel, aluminum, or even bronze. While carbon steel is cheaper, it is susceptible to corrosion and may not be durable enough for your application. In addition, it is more expensive to produce, so it is often used in large transmissions.

Helical gears are widely used in automotive transmissions. Their smooth and quiet operation make them an excellent choice for high-speed and high-load applications. Because they work well on non-parallel shafts, helical gears are a popular choice over spur gears. They are also suitable for applications in the food and rubber and plastic industries. Compared to spur gears, they have a higher capacity for load transfer.

Helical gears are also cheaper than spur gears and bevel gears. However, helical gears have lower capacity in parallel arrangements. Another typical application for helical gears is the automobile oil pump/distribution shaft. They are often compared with bevel gears for their higher capacity, and both types are effective for automotive transmissions. However, the latter require the management of heat and lubrication.

Helical gears produce large amounts of thrust. This thrust is due to the inclined angles of the teeth, which produce axial thrust loads. Thrust bearings are usually used to absorb these forces. 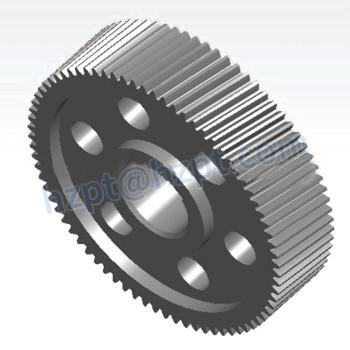 Another advantage of helical gears is their large degree of coincidence, which improves the load carrying capacity of the gear. This large-degree coincidence also extends the gear’s life. As the helical gears have a large number of teeth in contact, their engagement time is long, which helps minimize wear and tear on the teeth. In addition to extending the gear’s life, helical gears also reduce the stress on the gear, which helps reduce noise and enhance the economy of the drive. As a result, helical gears can be used at higher speeds without experiencing a significant loss of power.

When selecting a helical gear, consider how the gear will be used. This includes the design and construction of the gear, the number of teeth, the tooth angle, and lubrication. Some applications require gears with many teeth, while others require a smaller number.

A helical gear has a much higher transmission capacity than a spur gear. The higher contact ratio also reduces noise and vibration. However, a helical gear is more expensive to manufacture.

A helical gear has two sets of teeth, one on each side of the axis of the gear. These teeth are cut at an angle to each other, called the helix angle. This angle determines the position of contact with the mating gear. The most basic type of helical gear is a cross-axis helical gear.

A helical gear is larger than a spur gear, which makes it easier to handle heavy loads. It also offers lower noise and more efficiency. A helical gear is usually used in mechanical systems that are designed for high speed and low noise. When deciding between the two, it is important to consider how each gear will be used.

One major difference between helical gears and spur gears is their tooth arrangement. With a helical gear, the teeth are not parallel to the gear axis, which causes vibration and reduced service life. Besides reducing vibration, a helical gear has greater speed reduction capability. 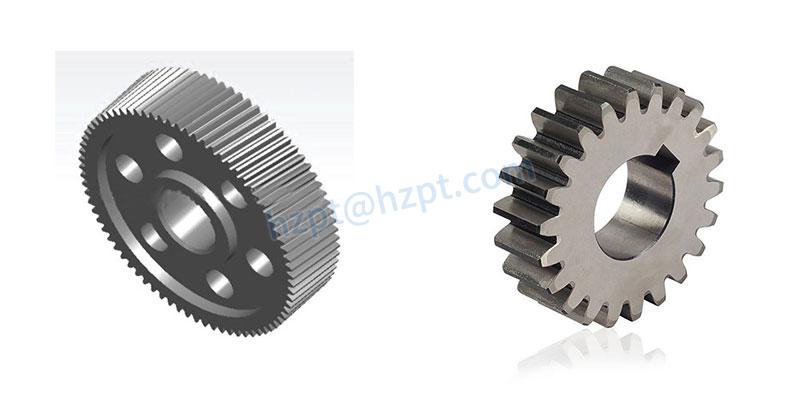